Ahead of this year’s British Ecological Society Annual Meeting, we wanted to give you the chance to get to know some of the people behind the decision letters. Today, we have our newest Senior Editor, Enrico Rezende of the Pontificia Universidad Católica de Chile.

What can you tell us about the first paper you published?
I was an undergraduate and wanted to test if birds consciously modulated grit ingestion for digestion purposes. To do so, I gave them seeds, worms and tiny grits, and had to weigh everything before and after the birds had access to the cages for 48 h to estimate the ingestion of each item. Now, birds can be quite active. And while weighing everything was fine in the beginning, at the end of each treatment I had to sit and carefully separate seeds from grits from bird poo, with a magnifying glass, a tiny brush and a couple of PhD students bullying me while doing so (we still keep in touch and now I reject all of their papers in revenge!).

Are you a good cook? What’s your signature dish?
Yes, decent cook but always improving. After nearly 15 years of trials and errors, I can say that my chicken curry is pretty good (at least for me!)

How many BES annual meetings have you attended? Which one was the best?
Not that many because my stay in the UK was restricted to three years and most of my career I was bumping around. My favourite one was in Edinburgh in 2015; it was a good opportunity to meet with old friends. 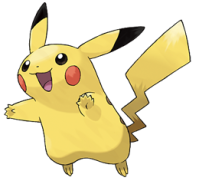 What’s your favourite species and why?
I don’t know exactly which species Pikachu is, but I can tell that at the moment he is my favourite by far because my children love him. From the real world, I have always found small birds and rodents quite beautiful. 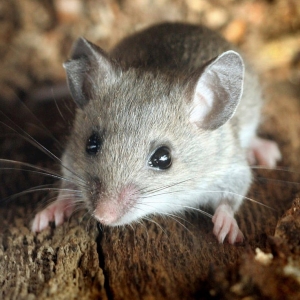 Who inspired you most as a student?
Many people without a doubt. But I would say that, at a crucial time, my PhD advising committee gave me an excellent combination of professional and personal skills to emulate. I will be always indebted to Ted Garland, Mark Chappell and Kim Hammond for their time and patience.

Are you attending #BES2018? If so, when is the best opportunity for people to meet you?
Unfortunately I am not, 2018 has been quite hectic and I was not able to make room for BES this year.

When was the last time you had a paper rejected?
I would rather not recall! All I can say is that one’s career is a trail of rejections rather than acceptances.

If you could wake up tomorrow with a new skill, what would it be?
Playing the piano and the guitar as a pro.

What’s your favourite sports team and why?
The Brazilian national team during the World Cup, it brings me back my childhood.

If you could recommend one place for people to travel to on holiday, where would it be and why?
I found Japan quite astonishing, the combination of traditional and modern culture is amazing and my wife and I really enjoyed this trip. Would love to go back there one day.

What was the first album you owned?
Yellow Submarine at the age of 4, because my parents were hippies.

If any fictional character could join your lab, who would it be and why?
Indiana Jones. He is great at doing field work!

Enrico’s research interests lie in the interface between physiology, ecology and evolution. Lineages differ in a variety of attributes that ultimately shape the range of environmental conditions that they can tolerate and how they interact with other organisms. From a mechanistic perspective, he looks at how evolutionary history contributes to (and partly explains) observed ecological patterns and employs a variety of empirical, comparative and theoretical approaches to studying this. His current research topics include the evolution of physiological performance and integrated phenotypes, the association between tolerance limits and geographic distribution and the fingerprint of evolutionary history on ecological networks of species interactions.