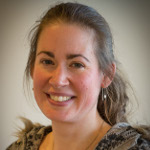 Previously organized by Peter Baldrian (and held in Prague), for the first time the Ecology of Soil Microorganisms conference was hosted by Taina Pennanen and Hannu Fritze of the Natural Resources Institute Finland (Luke), and was held in the Kulttuuritalo in the centre of Helsinki. Elly Morriën, a soil ecologist at the University of Amsterdam and Associate Editor for Functional Ecology, attended the meeting and reported back.

No parallel sessions – only plenaries!

The conference has an unusual set-up, with no parallel sessions- everything is a plenary. The great thing about this is that you do not have to choose where to go, you just sit down and enjoy! The downside is that, since only the best talks are selected, all of them are worth attending, which makes the schedule very full. Towards the end of the day, your brain get seriously overheated with all this new and exciting research, resulting in a moment of near brain deadness at some point of the day. At such moments, the catering came to the rescue with some brainfood to revive basic thinking functions.

The organizers also did a nice job of creating more opportunities for early career scientists to present their work, with lightning talk sessions in which young researchers got the chance to present the content of their poster in 5 minutes. This gave some great highlights of posters to look out for.

The conference started with an exciting kick-off from Joshua Schimel, who spoke about the importance of the abiotic characteristics in soil and how they influence the role microbes have in the ecosystem. He proposed that soil microbiologists and soil scientists work with each other more to resolve many questions about the flow of carbon going around in the soil– questions that are too complicated to be solved solely by soil scientists or soil ecologists. This gave a great framework to keep in mind for the rest of the conference. Joshua stayed the whole conference to make sure we kept being aware of this by asking friendly, but critical, questions that kept the discussion sharp.

A thread throughout the conference was in the spirit of the late famous Finnish scientist Ilkka Hanski who, in the later stages of his career, posited the idea that soils are literally vital for our health. Although medical research was not the main topic of this conference, the contact with the soil microbiome plays a role in preventing allergies, and other inflammatory disorders in humans seems to be related to the decline of our human microbiome on skin and in the gut. Trials with therapies that dictate you touch soil in a bucket for at least 10 minutes for 6 times a day were proposed- similar to the plea to have playgrounds with grass and mud pits so that kids get exposed to a healthy soil microbiome, preventing allergies developing in the new generation.

Monday was split between talks about cold environments, mostly tundra and artic systems, followed by a session on stressed environments. These two topics overlapped, as most arctic tundra system suffer from severe drought periods thus conferring stressful conditions on the system. This stress influences seasonal variability in microbial activities (David Lipson),as well as their root exudation pattern (Angie Straathof). This gave a smooth transition into the methodological session at which Petr Baldrian (the previous organizer of this conference) made an interesting plea to keep in mind  the scale on which we sample and analyze. This was a nice lead in to Michael Braus’s talk, which made us well aware that local in situ soil pH often does not correspond well with the standard pH measures we take from a soil. Locally, pH differences vary a lot and thus the pH that some bacteria on a soil aggregate experiences might be usually much lower than what we measure.

We also got a sneak preview into the near future (represented by Marja Tiirola (from the University of Jyväskylä) on single cell sequencing (SOIL-ddPCR). These new techniques and insights into microbial ecology fitted very well with Christph Tebbe’s plea (made on Thursday morning) to perform soil analyses on aggregate scale, as that is where the processes are taking place rather than mixing particles of bulk soil. He also proposed that although networks of all sorts were presented throughout the conference, these co-occurrence networks are useless if they are drawn on scales where no interactions take place and/or without linking actual functions to the connections drawn, either direct or indirect. I cannot agree more.

The closing of the formal part of Monday was a friendly toast and dinner served by one of the vice-mayors of Helsinki at the city hall. She expressed to us that the community of Helsinki was very fond of hosting such an event dedicated to soil research, and we could give her in return some advice on greening-up play yards, daycare- and school yards as well as open green areas around elderly homes in Helsinki.

Tuesday opened with a talk from Wim van der Putten, showing how soil microbial communities change along a latitudinal dispersion gradient influenced by the same plant species above ground. This paved the way for more thoughts on interactions between plants and their microbial community, and the wars between bacteria and fungi by bacterial volatiles. The focus then turned  to friendlier interactions between mycorrhizal fungi and plants, from the global distribution patterns of mycorrhiza presented by Leho Tedersoo and Nadia Soudzilovskaia (although her talk was actually on the following day) to the very specific interactions of saprotrofic and ECM fungi and their role in organic P-mobilization in forest soils by Ellen Kandeler. This friendly, symbiotic atmosphere continued at the conference dinner, which was organized at a great location: A small island in the harbor of Helsinki with sea-views all around and Helsinki-skyline sightings (see picture).

Wednesday was mainly dedicated to microbes and processing of soil organic matter. It kicked off with some dazzling pictures from Yakov Kuzyakov and Evgenia Blagodatskaya, who showed insightful (and entertaining!) heatmaps of microbial activity on roots and in soil profiles. After that, Chao Liang gave a great talk on the Microbial Carbon Pump, and presented a talk on priming effects versus entombing effects in stabilizing C in soils. Most talks linked microbes to the carbon cycle and C sequestration, but the role of microbes in the nitrogen cycle was slightly underrepresented and only highlighted in a few talks such as the one from Sara Hallin. In the afternoon, the atmosphere changed a little from the friendly side of the story of the microbes to their darker side. Lynne Boddy introduced us to the amazing world of three-dimensional fungal warfare.

Thursday was then dedicated to the sustainability of soils. Eeva Furman and Rachel Creamer kicked-off the day on Sustainable development goals, soil ecosystem services and the LANDMARK project. They mentioned quite some concrete ways in which we can quantify and monitor ecosystem services to prevent ecosystem degradation and erosion processes.

The conferences ended with a symposium on the Tea Bag Index (TBI) which was nicely introduced by Judith Sarneel. A great method as to compare decomposition all over the world with two standard types of tea: green tea and rooibos tea. For another perspective on this, you can read Stacey’s InSite/Out posts here.

As a concluding remark, it was nice to see so many power-women in Finland, both in high research positions and in the city council (with the four female deputy-mayors of Helsinki). This set the tone for some great female speakers during the conference, and sets a good example in this field in which women play a prominent role.

Missed the conference? Try these resources below:

Virtual Issue:  Mycorrhizal networks in ecosystem structure and functioning (edited by Katie Field) (Listen to the podcast on this Virtual Issue here).