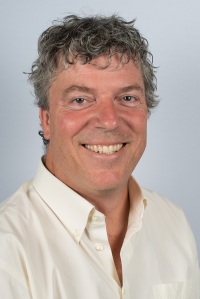 Brett K. Sandercock reports on the functional ecology of birds from the 2018 congress held in Vancouver, Canada. Brett was also the keynote speaker at a  symposium on grassland birds organised by the British Ornithological Union.

The International Ornithological Congress is held every four years and provides an exciting forum for scientific advances from researchers working with birds around the world.  The 2018 congress was held in Vancouver, Canada, and organized by a dedicated team of scientists affiliated with Environment Canada, Simon Fraser University, and Bird Studies Canada.  The congress was attended by over 1,500 delegates, and ran for a week with ten plenary lectures, ca. 600 talks and 500 posters, and a variety of workshops and excursions.

Hosting an international congress is a major effort and the organizers were creative in their planning.  Each of the five working days began with a plenary lecture, followed by symposium talks in the morning, a second plenary lecture after lunch, a 2-hour break to stretch legs and look at posters, sessions of oral talks in the afternoon, and evening workshops.

It was easy to miss an interesting presentation because symposium and oral talks were each subdivided into 8-10 concurrent sessions.  Each session featured presentations in three different formats: 1-2 keynote addresses of ca. 30 min, standard talks of 10-12 min, and a block of shorter speed talks of 4 min.  Early career scientists giving speed talks also presented their work as an ‘e-poster’ at a network of computer terminals with large display screens.  Two rounds of poster sessions each had about 250 posters.  The congress aimed to be paperless, and the daily schedule of talks and posters was available via a new phone app, AttendeeHub.  A mid-conference day for excursions allowed delegates to add to their birding life lists, or to take boat tours to see orcas, sea lions, and humpback whales.

The organizers made a special effort for outreach and integration of the public into the activities of a scientific conference on birds.  Cabinet ministers from the federal and provincial governments were on hand to open the congress and welcomed delegates by discussing the role of science in government policy in Canada.  Representatives of local indigenous communities participated in the opening and closing ceremonies, and the organizers recognized that the congress location was held upon the traditional lands of several First Nations groups.  An opening parade featured a creative array of bird costumes, including stilt walkers who appeared as long-legged water birds.  The congress was held jointly with an international birding festival which offered a variety of cross-over events including bird yoga, nature tours, bird-friendly coffee, and viewing of films and artwork.  Vendors included academic publishers and electronics companies, but also local businesses involved with bird tours, bird feeding supplies, and camera gear.  An evening event featured a presentation by Margaret Atwood, a well-known Canadian author and Booker Prize winner.  Atwood spoke as an advocate for bird conservation, and her whimsical humor was evident as she appeared in costume as ‘Angel Catbird’, a character from her new graphic novel series.

Three speakers explored the role of physiology in the life-histories of birds.  Rob Fleischer (USA) gave a sobering talk on the role of exotic pathogens in past extinction events among island birds and mammals.  He reported that advances in genomic technologies are providing new tools for study of malaria tolerance among surviving populations of Hawaiian birds, which could provide new options for future conservation.  Gabrielle Nevitt (USA) provided a fascinating overview of the importance of olfaction in the ecology of procellariform seabirds, including tracking of dimethyl sulfide as a keystone odorant for patchy food resources in the open ocean, and the role of MHC genotypes in disassortative mating in storm-petrels.  Henrik Mouritsen (Germany) discussed the role of magnetoreception in the navigation of migratory birds and other animals.  He detoured into quantum mechanics to make the case that cryptochrome proteins in the double cones of the avian retina play an important sensory role, with possible redundancy with a second set of magnetoreceptors associated with the trigeminal nerve.  Failure of orientation trials in a newly built facility were puzzling until Mouritsen discovered that birds were unable to orient unless the facilities were shielded from background electromagnetic fields.  He confirmed that songbirds are sensitive to low level magnetic fields by directing his naïve graduate students to conduct orientation trials while he stealthily disconnected and reconnected the ground of shields in a double-blind experiment.

Other plenary speakers explored the role of avian behavior in structuring bird populations and communities.  Ben Sheldon (UK) presented a remarkable field study of cultural transmission of behavior through social networks of Great Tits.  Individual birds were brought into captivity, trained with puzzle boxes, and released back into the population.  He then monitored cultural transmission of new behaviors with an automated tracking system based on feeders and birds marked with RFID tags, providing some of the first evidence for cultural conformity in a nonhuman social system.  Jenny Gill (UK) spoke on her long-term work on phenological changes in migratory godwits in Iceland.  Her long-term studies of marked birds revealed that changes in timing and range expansions are not due to individual plasticity, but are instead due to generational changes among new recruits.  Rebecca Safran (USA) investigated variation in sexual traits among divergent populations in the Barn Swallow species complex.  She used phenotypic manipulations and cross-fostering experiments, and found that female preferences for sexual traits differed among swallow populations, with implications for gene flow and divergence.  Juan Reboreda (Argentina) described coevolution of functional traits in a community of Neotropical cowbirds with one host and two species of brood parasites, a generalist and a specialist.  In a clever set of playback experiments, he showed that parasitic young can use vocal mimicry to match the begging calls of host young.  Last, Peter Ryan (South Africa) reviewed threats to long-lived seabirds nesting on oceanic islands in the Southern Hemisphere.  One particularly gruesome source of losses was attacks by invasive mice which can kill albatross chicks by eating them alive.  His plenary lecture concluded with a plea for donations to the Gough Island Appeal of the RSPB, an initiative to raise funds to eradicate rodents and restore the 65 km2 island as a World Heritage Site.

Listening to talks at the congress provided timely updates on forthcoming work in a rapidly expanding scientific literature.  I mainly attended sessions on migratory ecology, annual cycles, and population biology.  Highlights included studies of partial migration in Eurasian Blackbirds by Jesko Partecke (Germany), who reported on a large-scale common garden experiment where birds from different regions of the range were held as breeding pairs in aviaries.  Radio-tagged juveniles were released during autumn to determine their migration strategy, which appears to be heritable.  The detailed movement data available from new tracking technologies was amazing with movement tracks from ca. 340 Red Kites tracked with GPS tags by Stephanie Witczak (Switzerland), remarkable long-distance movements of arctic-breeding shorebirds during the breeding season reported by Bart Kempenaers (Germany), and dramatic increases in the numbers of locations per tag among a diverse set of field studies by Ran Nathan (Israel) – see below for a recent article in Functional Ecology.  Another exciting development was pilot data collected from new types of data loggers by Felix Liechti (Switzerland) and Judy Shamoun-Baranes (Netherlands).  New tags were based on light-sensitive geolocators that give bird locations, but also record information on bird activity with an accelerometer, and different kinds of environmental conditions such as temperature or barometric pressure.  All of the new movement data will provide opportunities to better understand the functional ecology of birds under natural conditions.

Many of the delegates at IOC discussed issues related to ongoing global climate change.  Susie Cunningham (South Africa) presented the ‘Hot Birds Project’ comparing the physiology and behavior of desert birds on three continents, including tests of the concept of a ‘thermal cliff’, a range of extreme temperatures where birds simply cannot cope.  In a session on mountain birds, Davide Scridel (Italy) and Benjamin Freeman (Canada) showed evidence for range contractions and losses among high elevation species at sites in Europe and South America.  Climate change was an unavoidable issue during the congress because the City of Vancouver was covered by a dense layer of smog, with public health warnings for outdoor activities.  The poor air quality was due to widespread forest fires burning across the western Canada and the US, which also affected Sweden and Greece earlier this year.  Ongoing research on the functional ecology of birds remains important for predicting organismal responses to future environmental change.

Thanks to the organizers for hosting a successful congress in Vancouver!  The next International Ornithological Congress is scheduled to be held in Melbourne, Australia in 2022.

Missed the conference?  See the following papers below: